Malaysia was recognized as the most charming Asian island destination by New Voyage Magazine at its annual awards ceremony held at Sheraton Beijing Dongcheng Hotel on 15 January 2013. 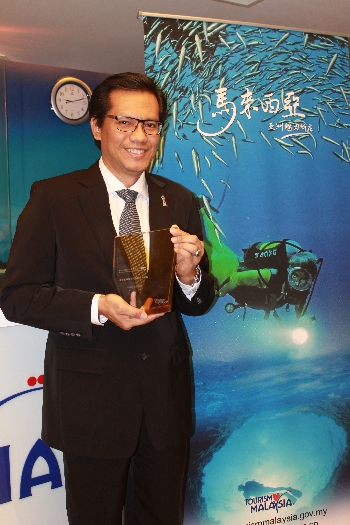 Director of Tourism Malaysia in Beijing 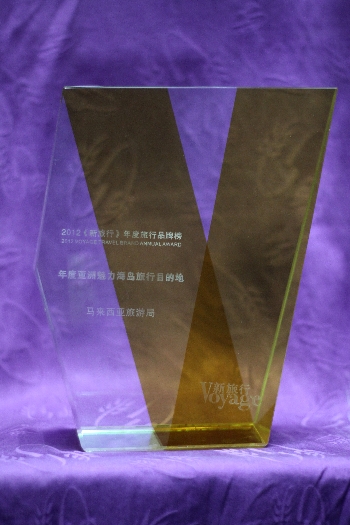 The win is seen as a boost to Malaysia’s tourism plans for 2013 as it prepares to receive tourists this year, which has been designated as a promotion year for the Visit Malaysia Year campaign in 2014.

Malaysia’s many islands and beaches have long been a favorite destination for many. Langkawi is known for its natural attractions such as forests and 500 million-year-old rock formations which earned it the status of World Geopark by UNESCO in 2007.

Pangkor Laut Island is known for its truly luxurious “one island, one resort” concept and has attracted celebrities the likes of actress Jodie Foster, golfer Nick Faldo, and world-renowned tenor Luciano Pavarotti.

The east coast of Malaysia also boasts of jewels such as Perhentian, Redang, Gemia and Sibu islands.

Equally captivating are the islands and beaches in Sabah and Sarawak, with Sipadan Island leading the pack for the world-class diving experience it offers. Mabul and Mataking islands are also gaining popularity as diving destinations in Sabah, while the five islands within Tunku Abdul Ramman Marine Park offer visitors an island experience close to the city.

Nominations for the New Voyage Magazine awards for Best Outbound Travel Destinations were received throughout 2012 for voting by its readers, media, travelers and tourism industry players. Besides Malaysia, AirAsia also emerged the top winner for favorite airline.

About 200 guests from airlines, hotels, national tourism boards, China’s tourism bureaus, and members of the media attended the function. The monthly magazine has a circulation of about 310,000.