The Batu Bersurat Terengganu (“Inscribed Stone of Terengganu”) was listed as one of the United Nation’s Memory of The World, a UNESCO’s program to preserve valuable heritage archive worldwide. The stone was found by a gold and tin mining Arab trader, Syed Hussin Ghulam al-Bukhari, in 1903 in Kampung Buluh, a village 3km from the town of Kuala Berang. The locals had actually discovered the stone 15 years earlier when a flash flood revealed the stone which was jutting out of the Sungai Tersat riverbank. The locals carried the stone to their mosque and used it as a platform to perform ablutions. It was at the mosque that Syed Hussin ‘discovered’ the inscribed stone. While he was washing his feet to prepare for midday prayers, he noticed the stone he was standing on is inscribed with Jawi words. With curiosity, he presented the stone to the Sultan of Terengganu after obtaining the permission of the village leader to do so. 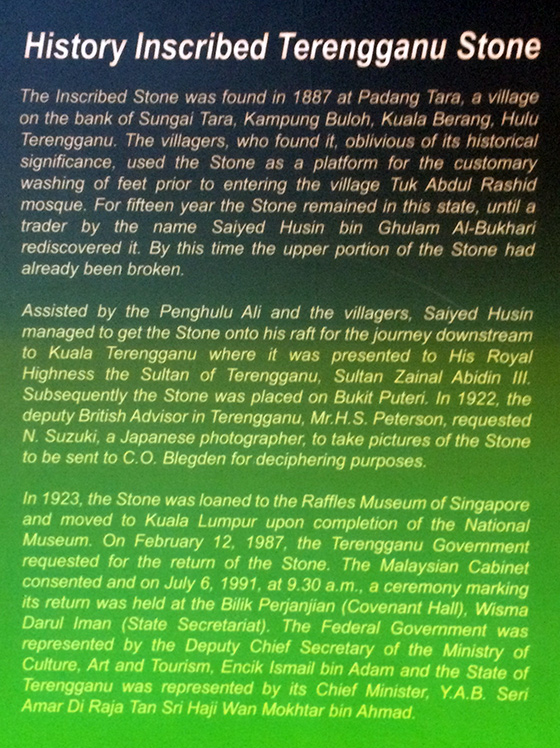 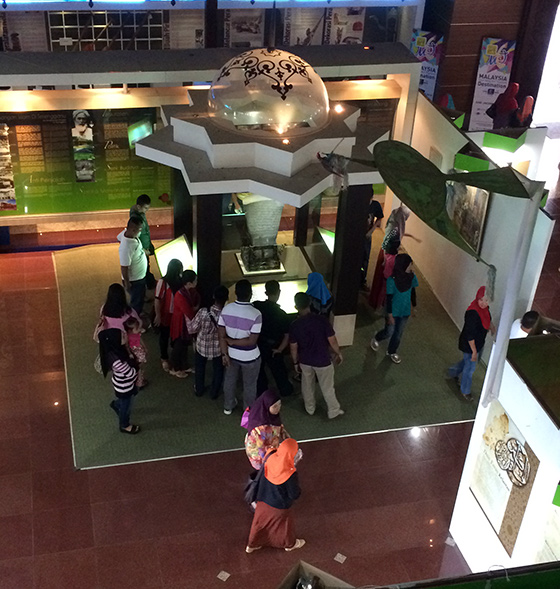 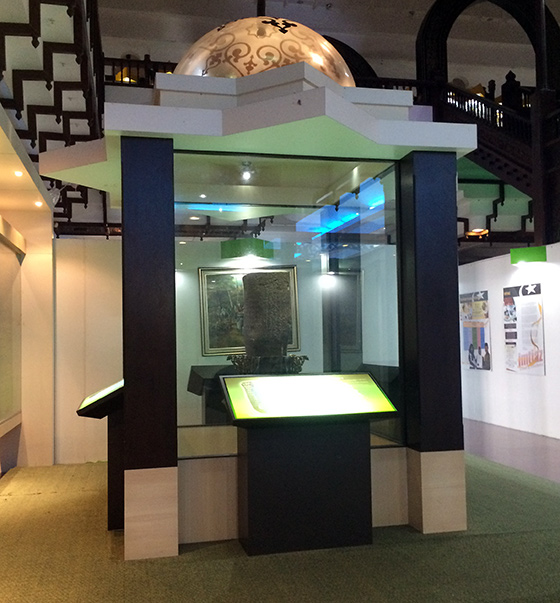 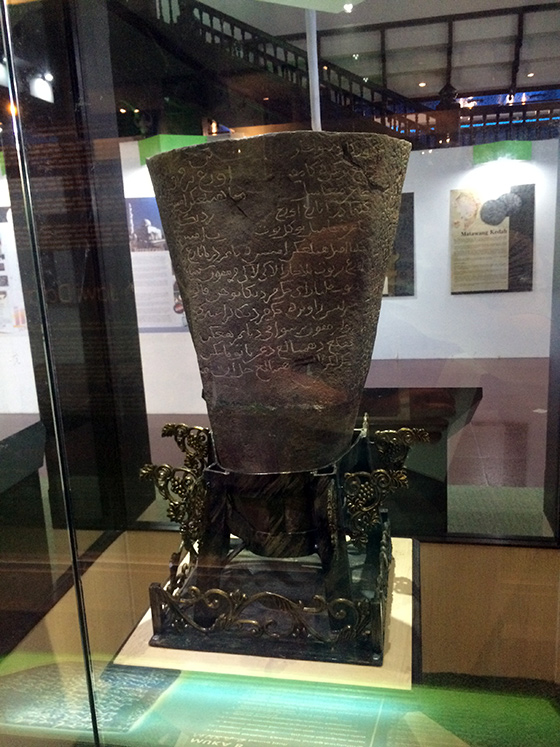