The History of Genting Highlands

Genting Highlands was established in 1965. Today, the Malaysian hill resort, which is known as the City of Entertainment, features casinos, theme parks, shopping malls, and other attractions. It is one of the most popular destinations in the country for locals and tourists alike. But how did Genting Highlands come into being? Let’s take a look at the resort’s history.

The Malaysian Chinese businessman Lim Goh Tong had the idea of building a hill resort close to Kuala Lumpur once he realized the business potential of constructing a mountainous resort near to the capital. He spent time looking at different locations in the region and identified Mount Ulu Kali as the ideal site. At only 58 km from Kuala Lumpur, it would be easily accessible. So, Lim Goh Tong set up a private company in 1965 with the politician Mohamad Noah Omar and they gained approval to start construction on the site that covers thousands of acres.

The first job was to build a road from Genting Sempah to the top of Mount Ulu Kali. A technical and construction team started work on the road on 18 August 1965. By 1969, the road and the resort’s first phases were completed. That same year, the Malaysian government granted Genting Highlands Resort a casino license, and the rest is history. Since opening, the casinos of the resort have continually attracted both locals and tourists. And seeing as in other Asian countries, like Japan, there are no land-based casinos, it means the people either play games like blackjack and poker at online sites like Dunder オンラインカジノ or they travel to nearby destinations, such as Genting Highlands Resort. 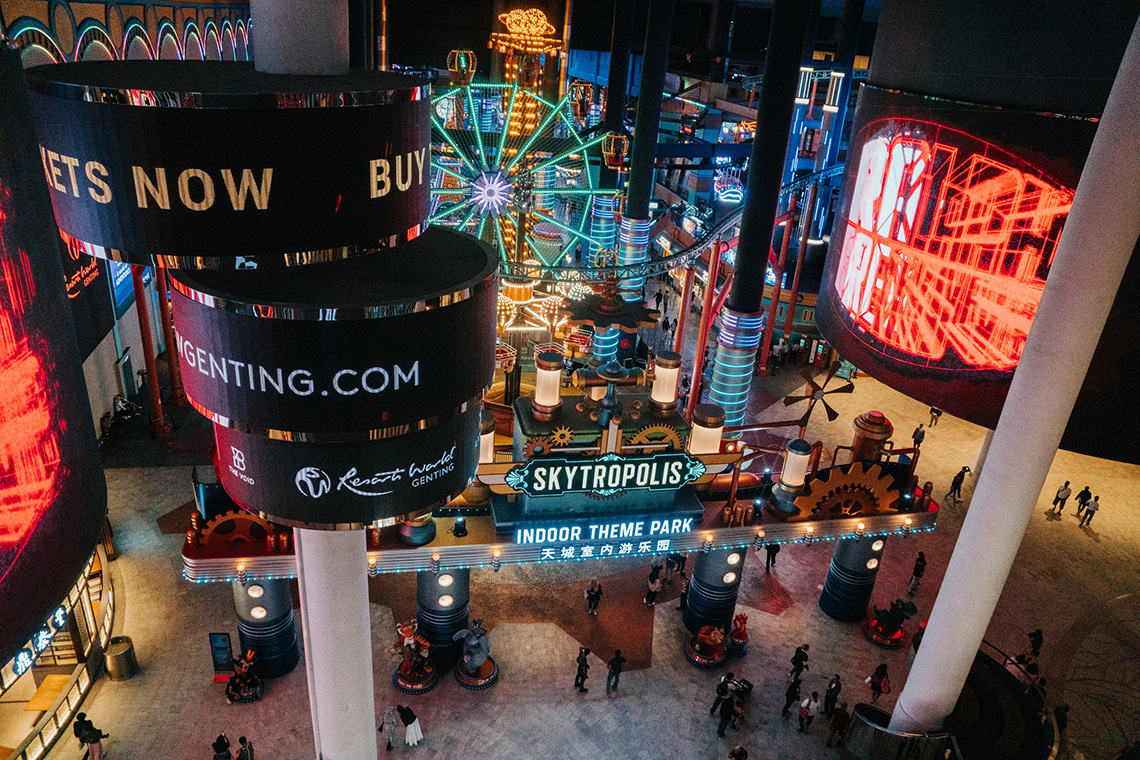 While the casinos have always been the main pull of Genting Highlands Resort, many people visit today to enjoy the various other attractions on offer. One of the first expansions was the addition of the cable car system Awana Skyway in 1977, which has a length of 2.8 km. Another cable car system, the Genting Skyway, opened in 1997. In the 1990s, further attractions were added in the form of amusement parks. The indoor theme park opened in 1992, followed by an outdoor theme park in 1994 and the Arena of the Stars, which opened in 1998.

The Genting Group announced in 2013 that it had plans to expand Genting Highlands further. The plan involved developing, expanding, and refurbishing the theme parks and hotels. By 2019, the resort had extended the First World Hotel to include an additional 1,300 rooms and had constructed a new seated arena with a capacity for 10,000 people. The outdoor theme park is currently in the last stages of reconstruction. Delays happened when the resort owners decided to call their theme park 20th Century Fox World and The Walt Disney Company, who now own 20th Century Fox, disputed the name, resulting in the outdoor theme park being renamed Genting SkyWorlds.

If you have yet to visit Genting Highlands, you don’t know what you are missing. Whether you visit the casinos with friends or have fun at the theme parks with your family, Genting Highlands is one of the best entertainment resorts in all of Asia.

8 Pingbacks & Trackbacks on The History of Genting Highlands