There is one place in Melaka that you should not miss when you set foot into the historical state. The said place is the Porta de Santiago, which might not ring a bell even among the locals but mention the A’Famosa Fort and you would elicit an ‘ah!’. The A’Famosa is one of the oldest surviving pieces of European architectural remains in all of Asia. 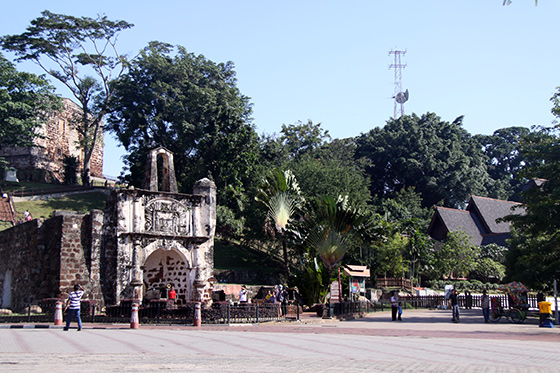 A’Famosa means ‘the famous’ in Portuguese. The fort was built by the Portuguese when they arrived in Melaka in the year 1511 under the leadership of Alfonso de Alburquerque. Alfonso ordered the construction of this fort to strengthen his hold of the newly acquired land. The sturdy structure helped the Portuguese secure their reign in Melaka for a long 130 years before the arrival of the Dutch in 1641. 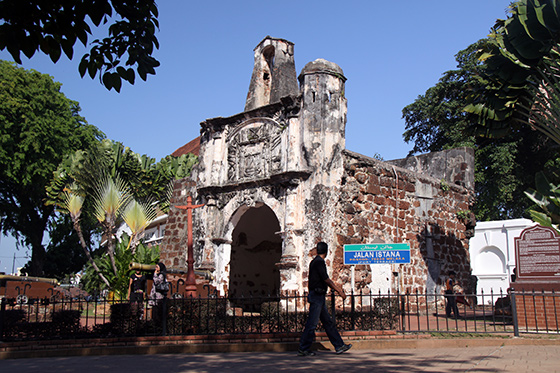 The Dutch managed to wrestle over the A’Famosa Fort before eventually taking over the helm of Melaka for the next 184 years. The Dutch still utilized the fort and even made major renovations to it to improve its functionality. Most of what you see today are remnants of the Dutch improvements. If you are observant enough, you’d notice a small inscription ‘ANNO 1670’ on the fort’s arch as well as the coat-of-arms of the Dutch East India Company (VOC), all marks evident of the Dutch power’s presence in Melaka.

The A’Famosa survived another colonization after the Dutch, this time under the reign of the British, who decided to demolish the fort due to the difficulty in maintaining the fort. Fortunately, part of the fort was saved by destruction by the late Sir Stamford Raffles, the then British governor, enabling us to appreciate a monument significant in Melaka’s and Malaysia’s history. The structure seen today is merely a small gate house of the fort but it is nevertheless grand in its own way, standing proudly atop the St. Paul’s Hill close to the striking red Stadhuys building. 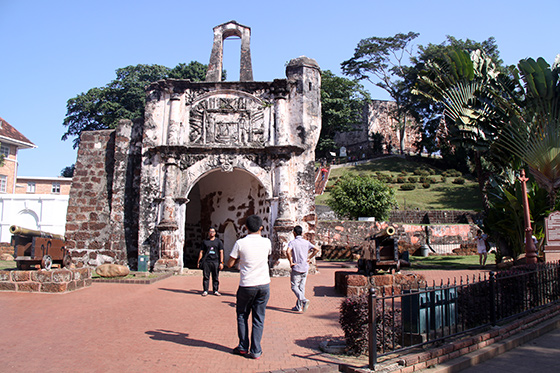 The traffic, both human and cars, around St. Paul’s Hill is testament to the popularity of A’Famosa. The name has become synonymous with Melaka, so much that a theme park has been given the same name. Therefore, if you are seeking directions to the A’Famosa fort, be sure to specify that it is the fort that you are looking for. Coming into the Melaka town, you will soon come to the ever popular Stadhuys. Find somewhere to park, which can be a long distance away due to traffic, and make your way up St. Paul’s Hill to access the A’Famosa.