Just like London’s four-faced clock tower, Malaysia has its own clock tower to boast of but with a clock on only one side, of course. Nevertheless, that doesn’t make the clock tower any inadequate but instead, the clock tower probably has more significance to shout about as it is situated beside the beautiful and historical Sultan Abdul Samad building. The building is named after the then Sultan of Selangor when the building was constructed. 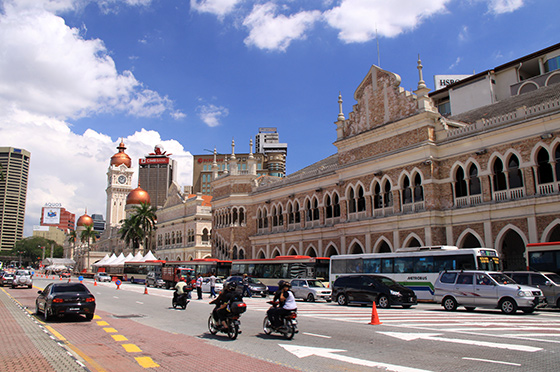 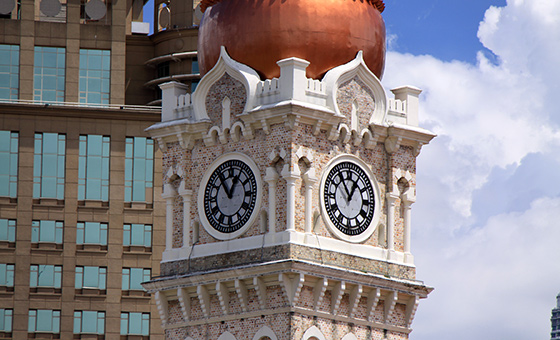 The building is one of Kuala Lumpur’s famous landmarks found. Situated at the center of Jalan Raja, the Sultan Abdul Samad Building holds a unique design mooted by A.C. Norman. The building bears Moorish influences with a blend of local culture and British styles. To represent the identity of the Malaysian people, the architect added an Islamic touch before finally completing the building in 1897. 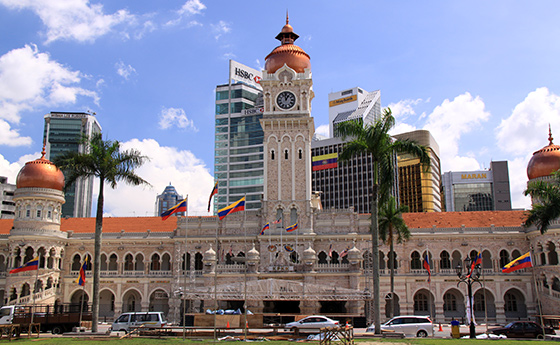 Back then, the Sultan Abdul Samad building served as an important structure for the English. It was, and still is, beautiful, iconic and was probably the most photographed building at the time. The English once used the buildings as the administration office for the government. Later, the building was used to house the supreme and high courts, until they renamed it to the Federal Court of Malaysia and moved it to the Palace of Justice in Putrajaya. Today, the Sultan Abdul Samad building is home to the Malaysian Ministry of Information, Communication and Culture. 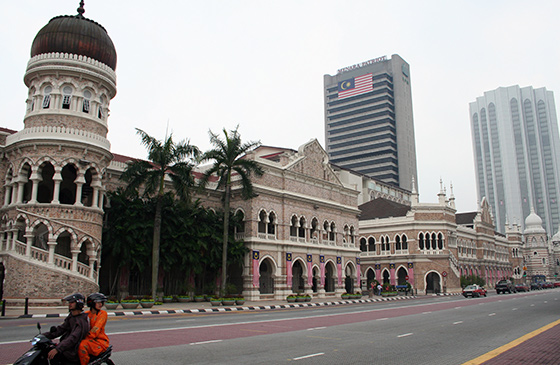 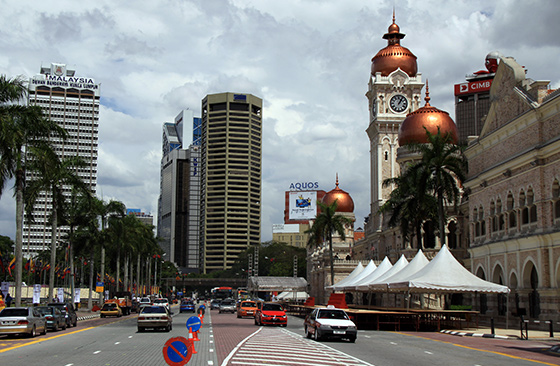 The building isn’t the only attraction for just close by stands a 40m clock tower dubbed the ‘Big Ben’ of Malaysia, topped with a golden dome and flanked on both sides by two domed towers. In the eye of visitors, the chimes of the clock indicate.. well, the time. But to the locals who have stood by the country throughout its year battling foreign inhabitation, the clock’s chime is enough to bring back memories and send a tingly feeling down your body. For this very clock has marked independence at the struck of midnight on 31st August 1957. Since then, every year on the country’s anniversary of independence, the chimes represent the nation’s hope that freedom and peace will continue in the future. 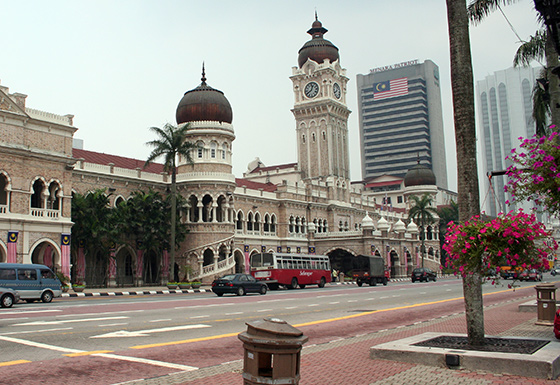 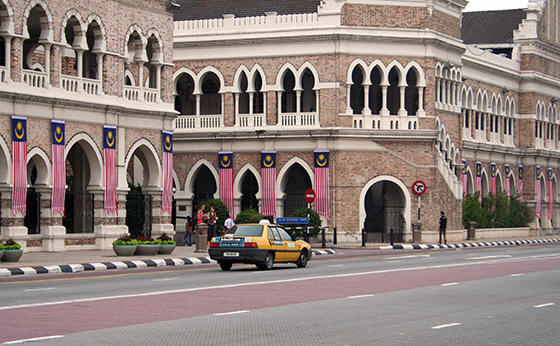 On the nights of important occasions such as Independence Day, the tower will twinkle its way to your eyes with its beautifully-colored lights. On a building that boasts such amazing architecture and designs, some have attested that the sight looks a lot like the scene of an Arabian night. 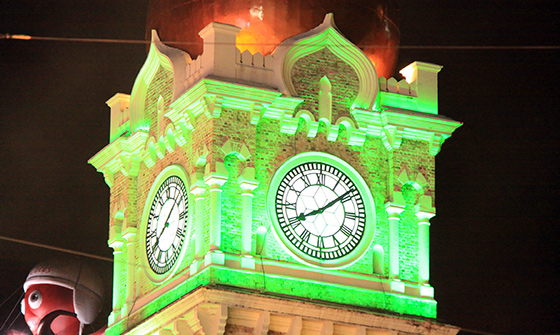 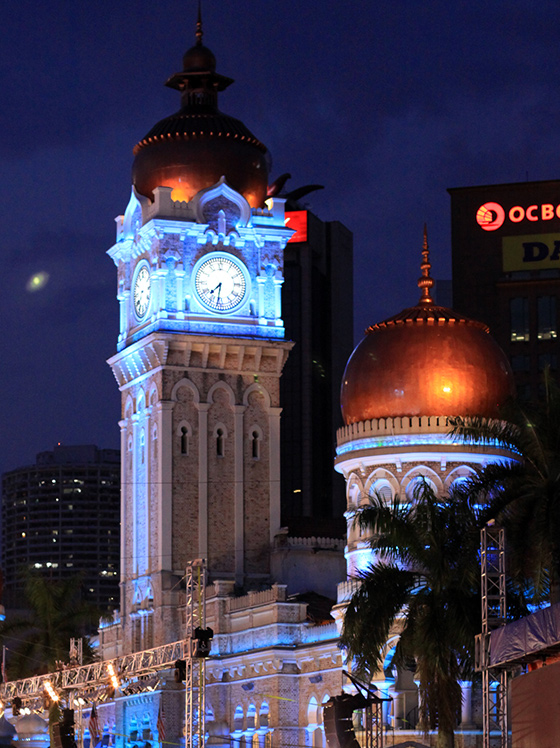 The administrative council knows how beautiful the building is and how much people would love admiring it, so Jalan Raja is closed at nights of special celebrations to allow the public the ease of getting closer to the structure. There aren’t many of such buildings like this in Malaysia, one that shows the rich past that Malaysia and the English once shared. So do drop by the Sultan Abdul Samad Building for a dose of history and a treat for the eyes. 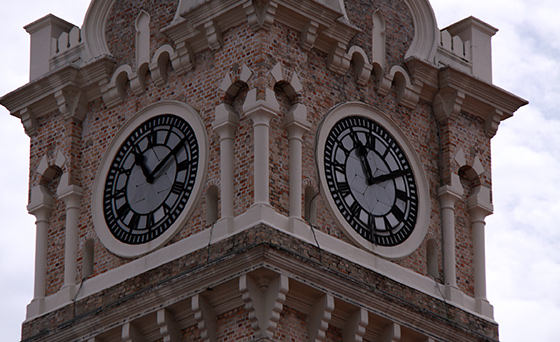 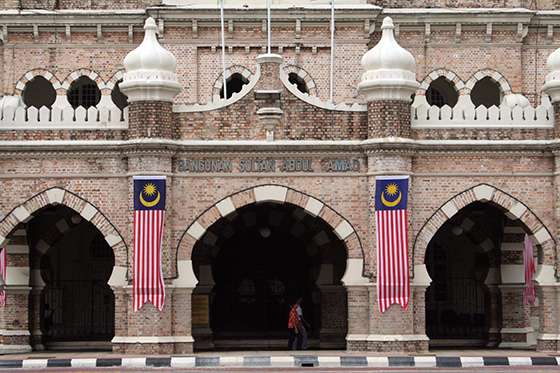 Popular attractions within walking distance of the Sultan Abdul Samad Building are Merdeka Square, Chinatown (with its famous tourist market and numerous temples) and the beautiful Central Market.

How to get to the Sultan Abdul Samad Building

Getting to Sultan Abdul Samad Building is easy as it is located right in the center of Kuala Lumpur. If you are staying in Chinatown you can just walk to the building. You can also follow signposts pointing to Merdeka Square (Independance Square) which is located directly opposite the building. Every taxi driver knows the way to this iconic place in KL. You can also take the LRT to Pasar Seni station or Masjid Jamek station. In both cases it is a 5/10 minute walk to the Sultan Abdul Samad Building.