Kuala Lumpur is vast – there is just so much to see, do and explore. Take a day trip around the bustling city of Kuala Lumpur to see a unique mesh of historical heritage sites and modern architectural structures and to discover the various enchanting cultures in Malaysia. 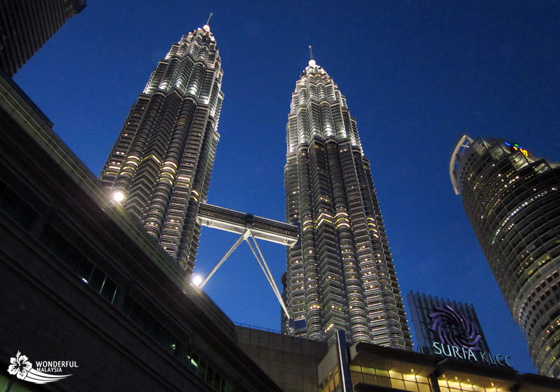 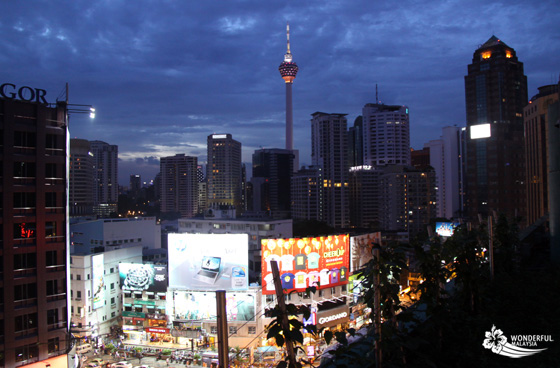 The KL Tower also holds a record of its own, ranking as the 4th tallest telecommunications towers in the world at 421 m tall. Dine in the clouds while enjoying a magnificent view of the entire city at the revolving restaurant located at Level Two of the Tower Head. 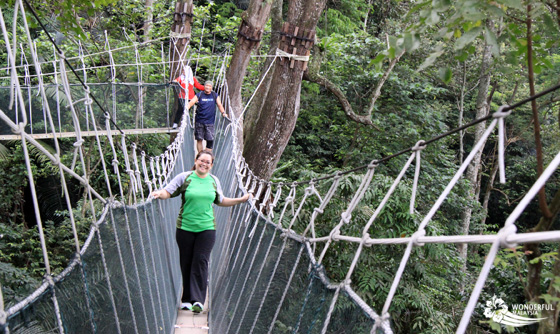 The jungle is not all concrete in Kuala Lumpur; there is a peaceful haven of 91.6 hectares of parks and gardens for a relaxing day among nature. The KL Lake Gardens incorporate the National Monument, Carcosa Seri Negara, a deer park, a butterfly park, a bird park, an orchid garden, a hibiscus garden and the Forest Research Institute of Malaysia (FRIM) which is a forest reserve and research institute (has an amazing canopy walkway). More about the Lake Gardens and FRIM… 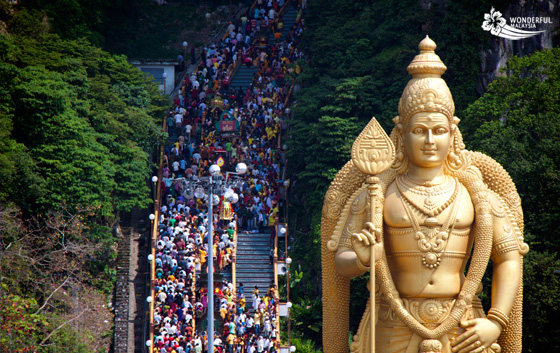 13 km north of Kuala Lumpur stands Batu Caves, a massive limestone outcrop home to Hindu deities. Consisting of three main caves and a number of smaller ones, the magnificent sacred place for Hindus in Malaysia is situated atop 272 steps of stairs along which visitors can see and feed a lot of long-tailed macaque monkeys. More about the Batu Caves… 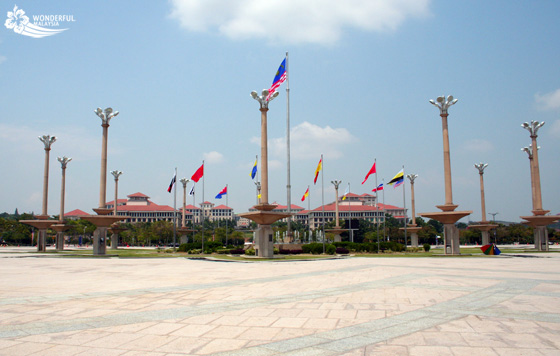 A visit to Putrajaya must not be missed. It is the new capital city and administrative centre of the Malaysian government, located 25 km south of Kuala Lumpur. The model garden city features a beautiful blend of modern and cultural architectural structures of buildings and bridges, lush greenery and carefully cultivated botanical gardens. 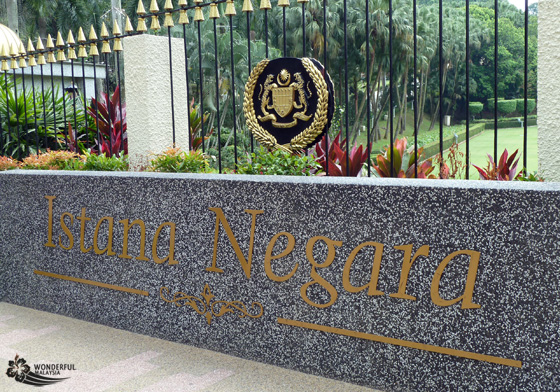 The majestic King’s Palace or Istana Negara is the residence for the Yang diPertuan Agong, the King of Malaysia. The area is fenced up with two guard posts at the front of the gate where members of the Royal Calvary stand guard. Witness the changing of guard ceremony, similar to that of Buckingham Palace in London. Although the palace is not opened to the public, visitors can capture memorable photographs of their visit to the Istana at the front entrance. 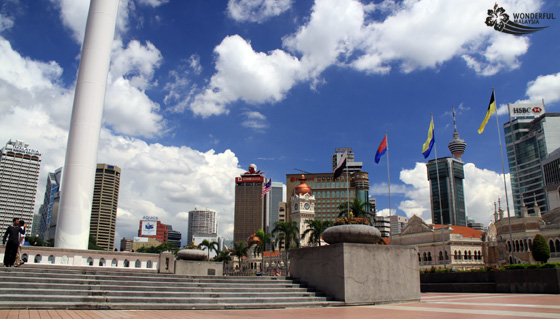 Situated at the heart of the city is the Independence Square or Dataran Merdeka where the Malayan flag was hoisted for the first time in the country’s history on August 31, 1957, signifying the independence of the country from British rule. As a remembrance of this event, a 100 m high flagpole, which is the world’s tallest, was erected at the very same spot. Every year on the anniversary of the Independence Day, a parade is held here where march pasts of various uniformed bodies take place in their full regalia. 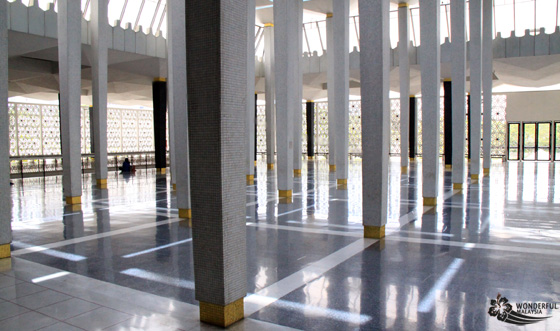 The National Mosque, which is reputed to be one of the most beautiful mosques in Southeast Asia, stands opposite the Kuala Lumpur Railway Station. This uniquely designed mosque embodies a contemporary expression of traditional Islamic art, calligraphy and ornamentation. Its most striking features are the umbrella-shaped dome, with 18 points representing the 13 states of Malaysia and the five pillars of Islam, and a sleek minaret which stands 73 m tall. 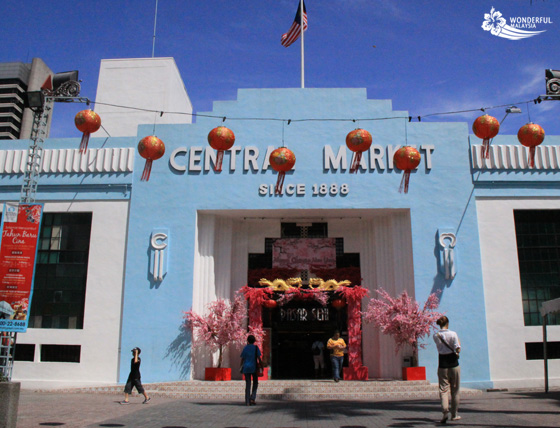 Central Market, also known as Pasar Seni, is a well-renowned heritage site which serves as the Centre for Malaysian Culture, Arts and Handicrafts. It houses numerous stalls that retail traditional goods and an Annex Gallery where local contemporary arts are exhibited. Colorful Malaysian traditional cultural and arts events as well as cultural performances also take place at the Central Market’s outdoor stage on weekends. More about the Central Market… 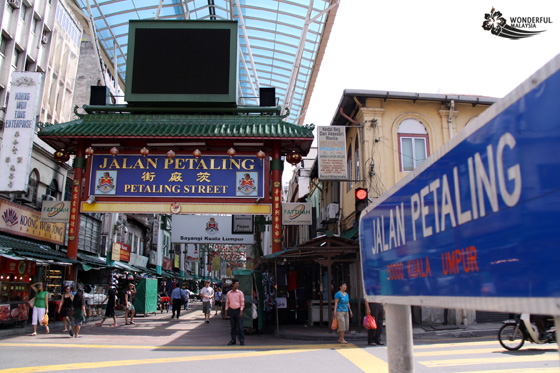 Last but not least is another popular tourist attraction, Petaling Street, which is located just a few minutes away from Central Market. Petaling Street is Kuala Lumpur’s very own Chinatown. With its distinctly oriental atmosphere, Chinatown is the central place for great bargains, scrumptious food and the soaking up of all things Oriental in the heart of Kuala Lumpur.

Got any good tips to share with us? Did we miss any great daytrip tips in Kuala Lumpur? Let us know by leaving a reply below!