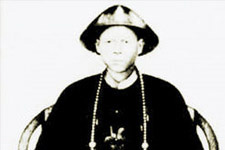 In the 19th century the area where KL now lies was an important settlement for the tin-industry. Because of the important work of Yap Ah Loy the city grew from a settlement to a real city. The end of the 19th century was harsh on Kuala Lumpur. At this time the city was tormented by disasters and adversity. Diseases, epidemics, fires and floods were at the order of the day. During this period people started to build stone houses instead of wooden. This was also the period in which the first railroad was constructed. Some people believe that not Yap Ah Loy but Raja Abdullah was founder of Kuala Lumpur, since Raja Abdullah had already sent tin miners to look for tin years before Yap Ah Loy arrived in the area now called KL.

In 1887 the city of Kuala Lumpur became the capital of the province Selangor. At that time the city was already named Kuala Lumpur, which means 'Muddy Confluence'. This comes from the intersection of the two rivers Gombak and Klang. These rivers were the major gateways to the city. In 1896, Kuala Lumpur became the capital of the newly formed 'Federated Malay States'. From that moment on the city developed quickly. The new capital attracted people of many different cultures and the city soon became a melting pot of Asian cultures. Special areas were erected in the city, and in every area a different culture group lived. For instance, even in that time, you had a Chinese district, and Indian district, a district in which primarily Europeans (especially the English) lived and a district in which the local 'Malay' lived.

Between 1913 and 1957 the city fell under British authority. The British wanted the city to develop rapidly and therefore they soon constructed a good road-system, railroads and other infrastructure. Furthermore typical colonial buildings erected everywhere in the city. During the Second World War Kuala Lumpur suffered under the Japanese forces. However, when the Japanese forces had left and the British returned to the city, the habitants of KL were fed up with all the oppression. Slowly but surely the British lost their influence in both KL and the whole country. Malaysia was now open for new influences, and this happened precisely during the rise of communism.

Even though the British got their authority back after a few years, it was already too late. The people wanted to regulate themselves, they wanted independence. Therefore, in 1957, they demanded independence and they got it, the British agreed with their demands and left the country. Kuala Lumpur remained the capital of the country, even though the city did not have its own administration and right. It was not up until 1972 that the city became independent and got its own government.

From 1981 onwards the city developed at an even faster rate than before, this was partly due to the work of the Prime Minister at that time, Dr. Mahathir. With his 'Vision 2020' he transformed Malaysia into a modern country, and the capital KL became the resemblance of that. The Petronas Towers became the symbol of the city, and the modern yet tradition design made clear that an Islamic country can still take part in modern developments in these fast pacing times. Kuala Lumpur is a real metropolis now. There is an extensive network of roads, railroads and subways in and around the city. KL's business centre and the city itself are amongst the top10 of business centers and commercial cities in Southeast Asia. With their large harbor - Port Klang - and their huge airport - KLIA - within reach, Kuala Lumpur can easily participate at international level. In addition, the city hosts several conferences and other important events each year. For instance the Formula 1 race at the Sepang circuit or the Asia Cup in 2007. With the construction of the urban agglomeration, including Cyberjaya and Putrajaya, KL took an important step towards the future. At international level, all hope is set on Cyberjaya, for this is to become the Asian version of the American 'Silicon Valley'.