Sunway Pyramid is a mall shaped like a pyramid. The mall's theme is based on an Egyptian-inspired design and was opened to public in 1997. Right in front of the mall there's a huge lion replica so you cannot miss it if you are visiting this mall. There are around 800 shops within the mall, besides the shops there's also a huge theme park, a swimming pool, a bowling alley and an archery shooting range. 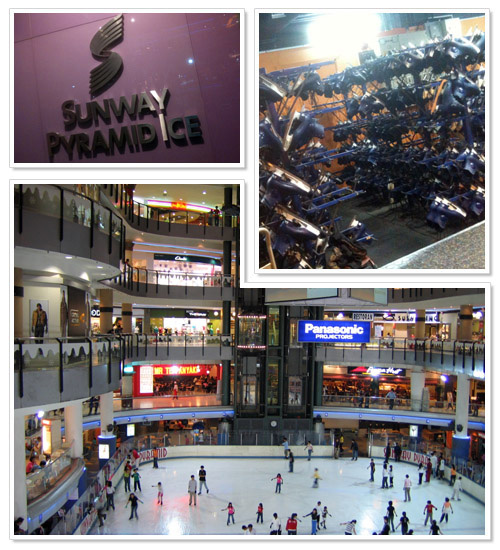 Sunway Lagoon is a genuine children's paradise. It consists of a huge water theme park, the so called 'Scream Park' (one huge terror house), the Amusement park both with numerous exhilarating attractions, there's the 'Extreme Park' with some nice adrenaline rushed attractions like ATV off-road riding, bungee jumping and Go-Kart riding. And there is the Wildlife Park; where you can see over 150 animal species up close. Probably the most popular attraction of all is Surf Beach at the water park. Here you can actually surf at some pretty nice fabricated waves. 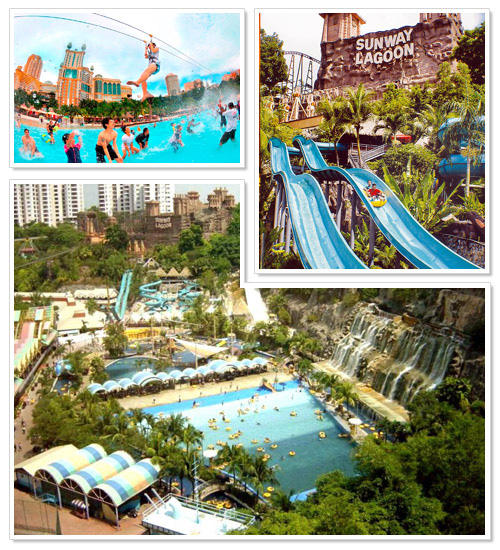 There is a free Sunway shuttle bus that stops along every attraction at Sunway Integrated Resort. You can hop on at the main stop in front of the main entrance (directly under the lion's head) and hop off at all main stops. The shuttle bus leaves every 25 minutes between 7am and 9.30pm. 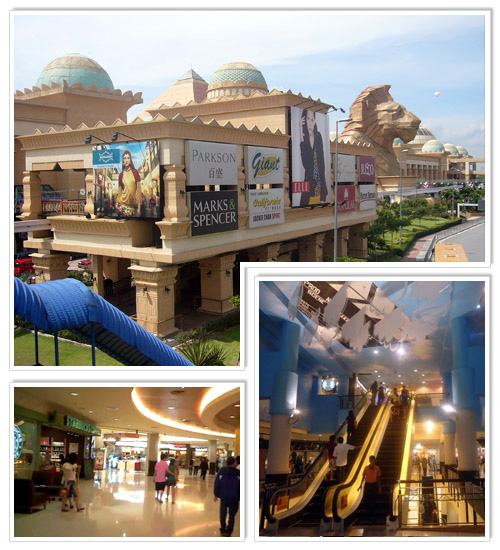 There is a recycling buy-back centre at Sunway Pyramid. Here you can donate recyclables like paper, plastic bottles, batteries, cans and glass bottles. You will actually get paid for most of the recyclables you drop off over here. The centre is located at the car park level B1 (red zone). Opening hours are daily between 10am and 5pm (closed on Thursday, Wednesday only until 1pm).

How to get to Sunway Pyramid

The shopping mall can be found at No 3 Jalan PJS 11/15, Bandar Sunway in Petaling Jaya. Just mention Sunway Pyramid to any taxi driver, and they know where to take you. Sunway is also accessible by public transport, take the KTM to Setia Jaya KTM Komuter Station, from there it's a short taxi ride to the mall (you can also take a bus from there). Another option is to get there by bus from KL Sentral. RapidKL bus U76 takes you to Sunway Pyramid. Opening hours: The mall is opened daily from 10am to 10pm.